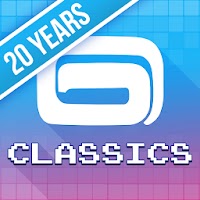 It may have recently been overshadowed by higher-profile companies dipping their fingers into the smartphone gaming cookie jar but Gameloft’s name has always been associated with gaming on phones back to a time when those phones weren’t even smart. The France-based studio has, since then, branched out to other gaming platforms but its mobile legacy isn’t something it can forget. In fact, to mark its 20th anniversary, it is releasing the Gameloft Classics collection to remind Android gamers just how far back that legacy goes.
When you talk about old school phone games, most will probably think of Nokia’s iconic Snake game. That may indeed have been one of the first time sinks back in the old “feature phone” days but when the world moved on to slightly more powerful phones with colored screens, Gameloft was ready to jump on that new world with a plethora of titles.
Some of the games in the Gameloft Classics might not even sound familiar to today’s mobile gamers but they were quite a hit back when phones didn’t even have touch screens. That’s why you shouldn’t be surprised when J2ME (Java 2 Micro Edition) games like Motocross: Trial Extreme and Hero of Sparta show up with on-screen D-Pads and buttons.

There are also touch-based games that paved the way for some of Gameloft’s long-running franchises. These include the likes of sci-fi shooter N.O.V.A., Hotline Miami-like Gangstar, and, of course, Modern Combat.
Time and time again, people have asked when Gameloft will go back to its roots of creating quality clones that aren’t filled with in-app purchases, and today it looks like a few of you have had your wish granted. In celebration of twenty years in the industry, Gameloft has just released a game collection app called Gameloft Classics: 20 Years. It brings with it a total of 30 classic games, but be warned, these titles are from the flip phone era, and so the titles currently available only cover Gameloft’s earliest releases.

Above I’ve pasted the full list of available titles in the newly launched Gameloft Classics app, and as you can see, these are some of Gameloft’s earliest games designed for flip phones. This means each title will only take up so much space on your smartphone’s screen, and you will have to use a digital d-pad and digital buttons to play each title, which are displayed below the game’s window when you choose to play in portrait. You can also play these games while holding your phone in landscape. While I can’t say it’s easy to play mobile games that only take up a small section of the screen, I suppose it would be uncouth to complain about what’s ultimately a free release.
Now, Gameloft Classics is a free release, but it does contain a few in-app purchases, which range up to $3.99 per item. The Play Store description states that these IAPs will allow you to purchase virtual items within the app, but so far, I’ve yet to run across a single in-app purchase in the app or in a game.
So there you have it. Gameloft is giving back to the gaming community by providing 30 of its classic titles in a single app, and since so many of us are currently self-quarantining at home, I suppose now’s the perfect time to check out Gameloft Classics: 20 Years. So if this sounds good to you.