Fortnite for Android is finally on the Play Store, after Epic Games yields to Google 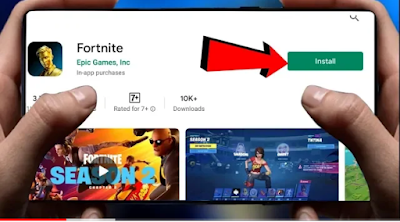 Having held out for the past 18 months, Epic Games has today thrown in the towel and made Fortnite for Android officially available on the Google Play Store.

Since Fortnite’s launch on Android back in August of 2018, Epic Games has skirted Google’s mobile storefront by making its staggeringly popular battle-royale shooter downloadable exclusively as third-party software, meaning it’s been unavailable through the Play Store marketplace.

Epic Games has issued harsh words about digital storefront monopolies in the past, with company CEO Tim Sweeney once citing the 30% cut of revenue taken by Google’s Play Store and Apple’s App Store as “illegal” in a statement.

Having apparently come to the conclusion that it’s been fighting a losing battle, Epic Games has officially relented and placed Fortnite up for download on the Google Play Store, explaining its decision to do so with the following statement:

The statement continued, “We hope that Google will revise its policies and business dealings in the near future, so that all developers are free to reach and engage in commerce with customers on Android and in the Play Store through open services, including payment services, that can compete on a level playing field.”

Of course, it’s worth noting that Apple’s App Store policies operate in an almost identical fashion to Google’s. However, Epic Games never had the option of releasing Fortnite as third-party software for iOS devices, instead opting to just kowtow to Apple’s terms since day one.

We have reached out to Google for an official comment on the matter, and will update this story if the search giant provides a response.