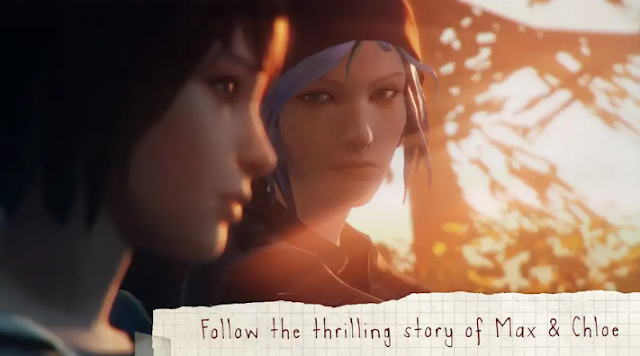 Life Is Strange is a five part episodic game that sets out to revolutionize story-based choice and consequence games by allowing the player to rewind time and affect the past, present, and future.
Exclusively on Android, the game comes with full controller support. An all-new photo mode allows you to take pictures like never before, modify them with filters and easily share them. Additionally, you can seamlessly share your progress on social media, and compare your own story choices with friends.
**Only support devices running Android 6.0 and support OpenGL 3.1. Requires ARM 64 and a minimum of 2 GB of RAM** 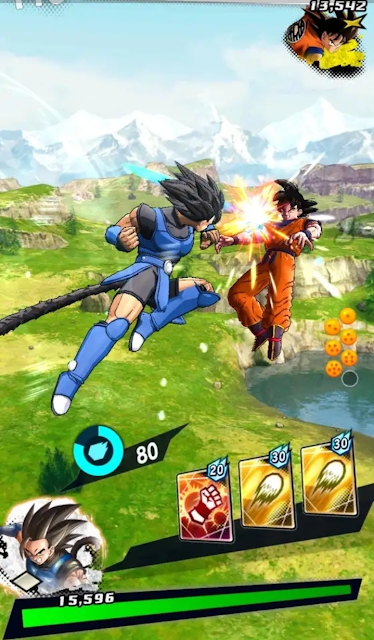 Get ready for all new Dragon ball smartphone games that fans around the world have been waiting for! Battle is out in high quality 3D stage with character voicing! Enjoy one on one action against rival player from across the world!
Card Action Battles with Intuitive Controls
– Easily control your favorite DB fighters.

– Unleash fierce combos and explosive special moves with the touch of a finger!
Worldwide Versus Battles
– Real-time battles against DB fans from around the world.
– Power up your own character and crush the competition!

Original Storyline
– Play as the all new character designed by Akira Toriyama!

– Experience a new adventure with Goku and all your favorite characters. 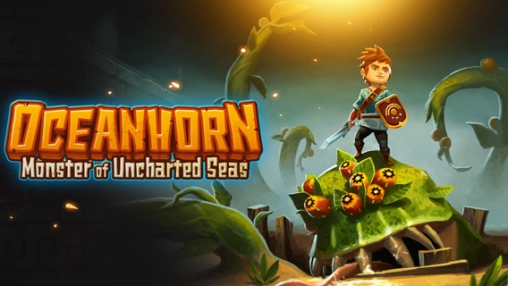 You wake up and find a letter from your father.He is gone……
The olny lead is his old notebook and a mysterious necklace. Now what happened?
Explore the islands of Uncharted Seas, a world filled with many dangers, puzzles and secrets. Fight monsters, learn to use magic and discover ancient treasures which will help you on your quest. Use all your wits and skill to unravel the mysteries of ancient kingdom Arcadia and sea monster Oceanhorn.
Oceanhorn combines captivating storytelling, breathtaking 3D visuals and exciting gameplay into one massive action adventure experience you will never forget.
Enjoy an incredible soundtrack from the best video game composers in the world:
Nobuo Uematsu (Final Fantasy*) and Kenji Ito (Seiken Densetsu*)
Master the game effortlessly with accurate touch controls or controller.
Please Note: Oceanhorn is a free to download premium game with a single in-app purchase to unlock the full version.
You can play the first chapter for free and test it on your device first.
📌FEATURE OVERVIEW📌
✔Customizable Graphics Settings
✔ Requires 1GB RAM
– Music from legendary Nobuo Uematsu and Kenji Ito
– 10+ hours of story driven gameplay.
– Master magic and swordfight
– Find ancient items to help you on your quest
– Game Services Achievements
– Accurate Touch Controls. 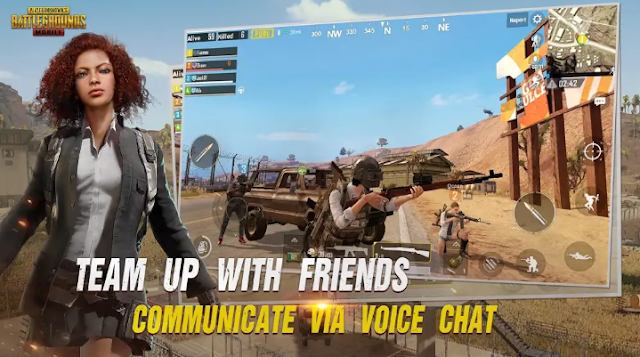 ✔ Official Pubg on mobile
100 players parachute onto a remote 8/8 km island for a winner takes all showdown. Player have to locate and scavenge their own weapons, vehicles and supplies and defeat every player in a graphically and technically rich battleground that forces player into a shrinking, playe zone.Get ready to land,loot and do whatever it takes to survive and be last  man  standing.
📌Requires a persistent internet connection📌
✔ Recommended specs for getting the most out of PUBG MOBILE: Android 5.1.1 or above and at least 2 GB RAM. 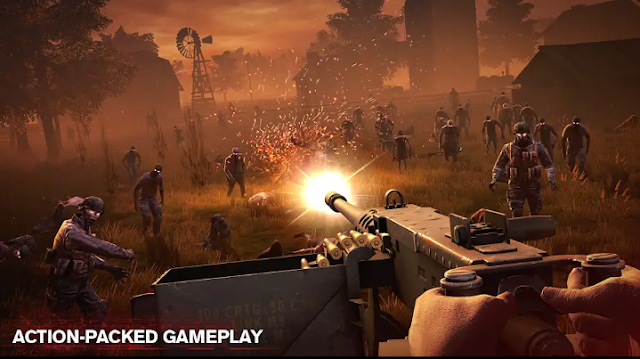 Journey through the zombie apocalypse in a race to save your family. Arm yourself with an arsenal of powerful weapons and do whatever it takes to survive. Maim, mow down, and massacre the Dead – anything to keep moving! In a world where no one is safe, how far will you go to make it out alive?
📌FEATURES📌
✔ Evolving story and multiple endings – complete 7 action-packed chapters, 60 stages, and hundreds of challenges
✔Powerful weapons and ammo perks – unlock and upgrade melee weapons, firearms, explosives, and more!
✔ Varied gameplay – fire from military gun emplacements, slay the hordes from atop vehicles, stab them to stay alive, or risk going after them on foot
✔Multiple, immersive environments – discover different locations, from oil fields and military bases to campsites and rural farm communities
✔Ever-increasing zombie threats – adapt your tactics to annihilate different hordes, including armoured and running zombies!
✔Daily and special event modes – prove your skills to win exclusive prizes
✔Loyal canine companions – fend off zombies and stay protected in the field
📌External storage permissions are required to ensure a smooth launch experience for all users. 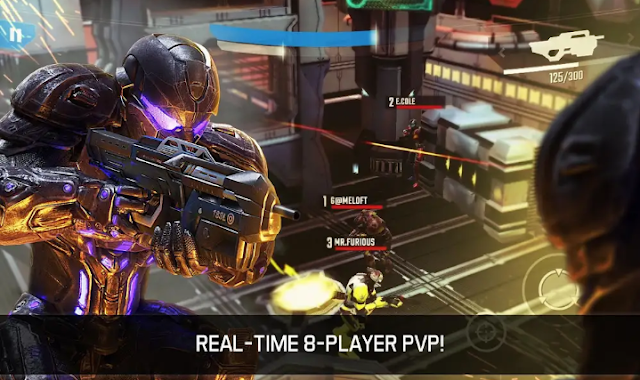 N.O.V.A LEGACY brings you the best 3-D sci-fi  FPS experience based on the epic first episode of N.O.V.A which received critical acclaim all in a compact version of the shooter.
Kal Wardin, our hero, is a veteran N.O.V.A. marine, summoned once again to don his Mobile Armored Suit and strike against the enemies of the Colonial Administration forces.
Helped by Yelena, his personal AI Agent, Kal must protect humanity’s destiny by engaging in combat against alien invaders while uncovering the mystery behind their sudden assault. 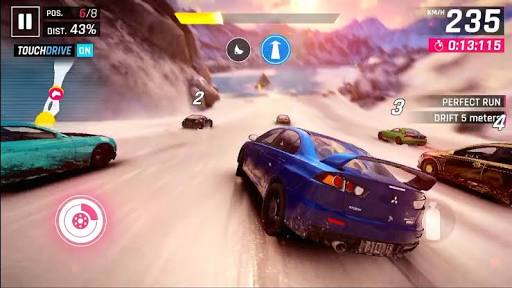 The latest in the ultra popular Asphalt series is finally here. Asphlat 9:Legends promises to build on previous iterations while tweaking the controls and delivering a number of new cars racing experience. In this game you can access to a slew of new cars like Ferrari, Porsche, Lambroghini and many more. 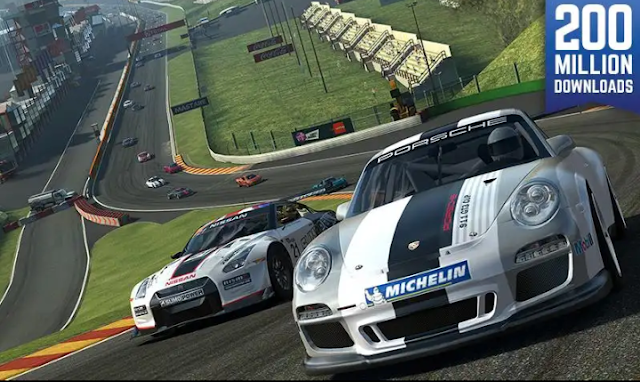 📌This is a resource-intensive game featuring extremely high quality visuals. Please make sure you have at least 1.5GB of free space on your device.✔